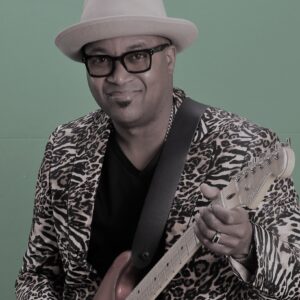 Larry Lampkin is an American blues musician from Fort Worth, Texas. He is a passionate singer and unique guitarist who writes and performs songs about everyday life experiences. He is greatly influenced by the Delta, Chicago and Texas blues from which he has crafted his own Rock and Soul Blues style. He has released three LP recordings titled “When I Get Home” “The Blues Is Real” and “Keep Doing What You Do.” Larry’s recordings has received immense air play and positive reviews from international and national media. There is no doubt that Larry Lampkin is committed to delivering the ultimate experience to the fans of blues music with his latest LP release “Funky Blues Man”.